Mula (moola) Bandha or Root Lock never fails to get a reaction. New Kundalini students often stifle a snigger or look horrified. Some openly laugh at the instruction to tighten the pelvic floor muscles. A few years back I even took a hoax phone call from a former student claiming to be a wrestler who’d had his ass whooped by a female Kundalini yogi with snapper tight pelvic floor muscles from mula bandha….sigh.

In most styles of yoga mula bandha is a text book add on. An important practise, yes, but one rarely shown the light of day in a class. In Kundalini Yoga, however, the root lock is used continuously. What, in other styles of practise is considered an advanced technique, is as common as pranayama and asana in Kundalini.

Mula refers to the root of a tree or plant. If you’ve been following the Chakra series then you’ll know that the first chakra is called muladhara. The root in yogic anatomy refers to the perineum and base of the spine. Bandha has lots of different meanings but here we roughly translate it as lock. It is a way of locking in energy – in the same way that we might lock a door to contain something or to direct the flow in a building.

It is one of the core practises of yoga. The Hatha Yoga Pradipika states: “There is no doubt that by practicing mula bandha . . . total perfection is attained.” Students of yoga use three practises to manipulate the flow of prana (energy) in the body – uddiyana bandha (stomach lock), jalandhara bandha (chin lock), and mula bandha. Of the three, Swami Buddhananda refers to mula bandha as the master key.

The benefits of mula bandha range from physical to metaphysical. Within a class the use of the root lock after an exercise acts as a form of punctuation, and creates flow and a bridge between exercises. It is a grounding practice, drawing awareness to the base of the body and, in this way it prevents people from spacing out during their practice. It is stabilising, calming and develops concentration.

Through it’s impact on the nervous system, glandular system, circulatory system and muscles, mula bandh is deeply relaxing and is said to heal ailments associated with the lower part of the body. Robin Rothenberg in her wonderful book Restoring Prana talks about the bandhas overall impact on core stability, postural cohesion and functional breathing patterns. She notes, “the bandhas were actually used to control chemoreceptors through the phrenic and vagus nerves. This means they enabled the practitioner to regulate diaphragmatic contractions and control autonomic nervous system function, thus reducing the ventilatory response. With precision, the bandhas facilitate longer retention and suspension of the breath—kumbhākas. Extended kumbhākas induce deep states of calm—known as samādhi.”

Contracting the pelvic floor muscles is said to stimulate ojas, the energy of the pelvic region. This is effectively sexual energy, however through yogic practices the ojas can be channeled into higher purposes such as attaining spiritual insight or greater vitality.

Mula bandha is also said to stem the leak of energy at the root centre, specifically apana, the energy of elimination, that helps to fan the agni (digestive fire). As we engage mula bandh we reverse the flow of apana (traditionally downward) and channel it upward where it can mix with prana at the navel centre. This intermingling of energy is the catalyst for freeing Kundalini energy from the base of the spine, the energy of the soul.

It is in the freeing of Kundalini and prana that mula bandh is truly revered. Yoga is ultimately the generation and manipulation of prana or life force (chi or qi). The main route for prana is the spinal column (perineum to the base of the skull). Three main channels of energy run along the spinal column – sushumna (central channel), and the ida and pingala, which spiral upwards from the base of the spine, ending in the left and right nostrils respectively. Generally the ida and pingala dominate the energy system, with one always being more active than the other and influencing the entire system.

The Upanishads describe prana as a bird tied to its perch by ida and pingala. It spends its days going back and forth from one to the other, and is never free. Yoga aims to control the involuntary flipping between ida & pingala and to unite these two separate streams of energy. When ida and pingala are united, prana is freed. It can rise through the central channel of the spinal column to its ultimate goal at the crown of the head. Mula bandha is said to be one of the key practices to attaining this state of perfection.

Mula Bandha engages the pelvic floor muscles, specifically the central perineal muscles (the perineum forms a diamond shape with the coccyx at the back,  pubic symphisis at the front, and sitting bones at either side. These are sometimes referred to as the Kegel muscles. It can de difficult to isolate contractions in these muscles, so the first step is to work to contract all of them. Sit comfortably and relaxed and contract all of the perineal muscles, drawing them inwards and upwards. Be careful not to tighten the respiratory muscles, shoulders and face as you do this – you want to initially isolate just the perineal. Some teachers instruct contraction of the anus as you do this – this is not traditionally used in mula bandh however it can initially be really difficult to separate the perineal muscles from the anus so if when you first start out, it tightens as well, that’s ok. Ultimately though you want to separate the two – the strong contraction of the anus and glutes can detract from the subtleties of the perineum.

In Kundalini we tend to use mula bandha whilst we hold a breath in or out. You can practise this – take a slow, light, deep breath in and hold. Draw the pelvic floor muscles inwards and upwards and hold. Release the muscles when you breathe out. This is a powerful meditation practise so feel free to continue for as long as you like.

You can also coordinate breath with mula bandha – engaging the lock as you inhale or exhale so that it ultimately becomes automatic.

When you become adept at the practice, the idea is to isolate the central perineal muscles only. This takes time and repeated practice. Postures where the heel is pressed into the perineum (such as Mahamudra) or sitting on something that applies pressure to the area can greatly increase awareness of the perineal muscles and accelerate your mula bandha practice.

What is the Purpose of Asana? 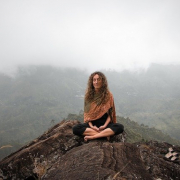 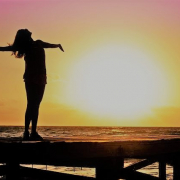 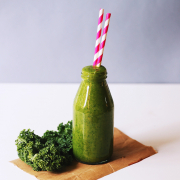