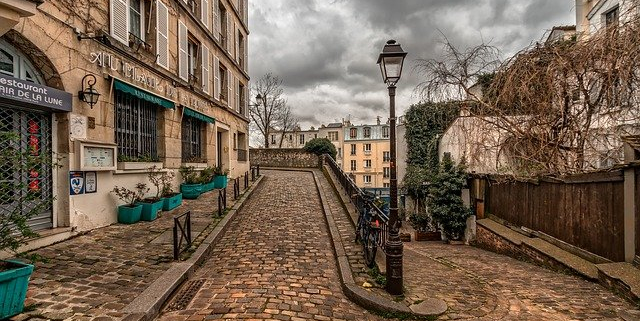 Many, many years ago, I had a relationship with a French guy. Whilst the relationship was a disaster, it gave me many wonderful visits to France – Paris and Lyon in particular. I love the French way of life – in particular I love their approach to food. Even the simplest of meals are done well and with quality ingredients. Eating is pleasure and something to be savored, often over hours and seemingly endless courses.

Of course, French cuisine is not readily vegan. In the days when I used to spend a lot of time across the Channel I was vegetarian and could live on butter & cheese. The last few times I have been to France I have had to exist on a diet of salad and frites! But the times they are a changing! There are now some incredible French vegan chefs, and what’s awesome is that they are bringing that French chic to plant based dishes.

This month’s recipe comes courtesy of Alexis Gauthier via Vegan Life magazine. He is a classically trained French chef, owner of Gauthier Soho (awarded a Michelin star in 2011) and former Masterchef judge. In 2016 he became vegan and Gauthier Soho followed suit. His food is just wonderful. I cannot recommend him highly enough.

Here is his take on that most French (and cruel!) of dishes, foix gras:

1/ Fry the shallot gently in olive oil until translucent.

3/  Put all the ingredients in a food processor and blitz until almost smooth. Add a little extra Cognac for French flair. Then empty the mixture into a glass jar, seal and refrigerate for a few hours.