Alex introduces the wild mystery of our Atlantis gong.

This month we look at our 36 inch Atlantis gong.  The first, and most regular question I am asked is “why is it called Atlantis?”.  Our particular version is made by “Gongs Unlimited”, one of the top gong sellers & experts in the US.  Here is what they say on their website;

“..We call these Atlantis Gongs because we imagine, if film director/submariner, James Cameron, were to discover Atlantis in one of his old up and downs in the Marianas trench, and he was to bring up a gong from there it would look like our Atlantis Gong.”

For those of you who have seen ours or played it, you will know what they mean. This gong isn’t pretty and does indeed look like it may have been lying at the bottom of the Ocean for a few centuries.  You need a mother’s eye to see the beauty in this one. Thankfully I could and still do.

Technically, it’s pretty much an un-lathed Chau Gong and similar in that respect to a Mother Tesla Gong except with a slightly different patina.  Like Mother Tesla, these gongs do not truly come to a crash.  Unlike Mother Tesla, they hold a little higher tone, so there is more range to explore.  Don’t worry if you have no idea what I mean by that. You can always come on one of our training courses and learn (shameless plug!).  Basically the un-lathed quality of the gong allows the sound to be less controlled than a chau gong. There is a sense of wild potential when playing Atlantis. In essence, he plays you! Some of the sounds that come from this gong are other-worldly, as though it is channeling Atlantis itself. This is not a gong you ever get tired of. It always surprises.

I had been thinking of buying one for a while as they are relatively cheap compared to similar sized European gongs, although shipping, tax and insurance from the States made it more costly.  One day whilst I was on a gong players forum a fellow player posted her Atlantis gong for sale as it was too heavy for her to take around studios.  I messaged her, agreed a price and was halfway up the A1 before I thought to call Suzanne and let her know where I was!

And that is the story of our Atlantis gong. Come along and experience him yourself at one of our events. 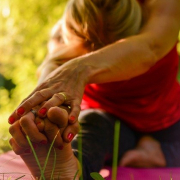 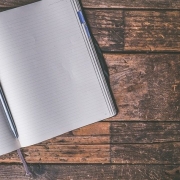 The Sweet Practice of Keeping a Journal

Pose of the Month – September 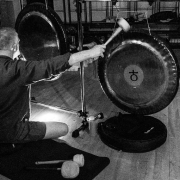 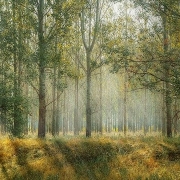 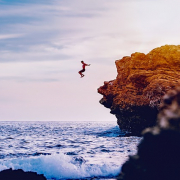