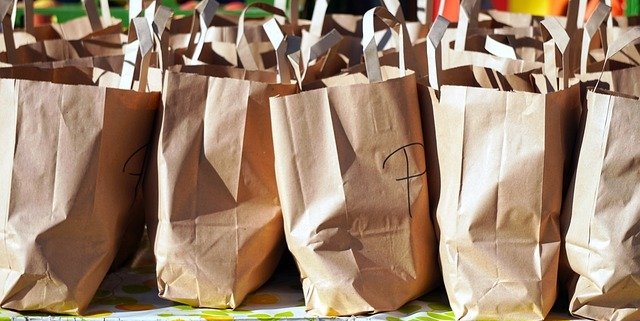 As it’s Veganuary I thought I would share with you this month some of the plant based products we enjoy. It took us a while, when we made the switch, to find products that suited us. So, in case any of you are trying the plant based way this month, here are some products you might like.

This is like the Holy Grail for vegans. It’s probably the thing most people miss. The plant based cheeses out there fall into two categories – the more manufactured and the artisan. The former is what you find in supermarkets. The latter you tend to have to order directly from the supplier. Here are the ones we like:

Violife – of the manufactured vegan cheeses, I prefer Violife (Alex isn’t so keen!). Their grated cheeses melt. And their Epic Mature is a passable Cheddar. Plus Violife is widely available and reasonably priced.

Sheese (Bute Island) – again, a more processed brand. I’m not a huge fan but I do like their creamed cheeses especially in cooking. The brand is found in most supermarkets.

Good Carma – I became addicted to their Garlic Flavour Fusion for a while. It’s a plant based alternative to Parmesan sprinkle. I get it from Ocado or directly from their website.

Tyne Chease – Alex’s favourite. Tyne Chease is artisan cultured plant based cheese made from cashew nuts. It sells like wildfire so you have to be quick to get it. Order directly from the website or via The Vegan Kind Supermarket. If like us you have been eating vast amounts of garlic in lockdown (because you can!) check out the garlic flavour. You won’t be able to eat it once we can start socialising again.

Check out London’s La Fauxmagerie, a plant based cheesemonger. They mail order and stock some amazing artisan cheeses. Kinda Co, I Am Nut OK, Strictly Roots. The Kinda Co Farmhouse is very special!

Beyond Meat – The Beyond Meat Burger – we first tried these in the States and had to double check with the waiter that they hadn’t messed up our order. Most meat eaters find these acceptable. We have these as an occasional treat – they cost a bit more than other vegan burgers (although before lockdown Costco carried them at a more reasonable rate). I’ve found them in Tesco and Ocado. TIP – break them up and use them instead of veggie mince.

THIS – Isn’t Bacon and Isn’t Chicken – this stuff is the bomb. After years of searching for a good veggie bacon, here it is. And the chicken pieces, wow, just wow. Created by two reformed butchers, the products have loads of taste and texture. Ocado and Tesco stock them.

Plant Pioneers – Chorizo Shroomdogs (Sainsburys)– I like pretty much all of the Plant Pioneer range but these chorizo sausages are the stand out product in the range. We use them in spicy stews and risottos – masses of flavour, and even a skin around them.

Richmond Meat Free Sausages – even my Mum uses these now. Alex says they taste like the real thing. Available at Tesco and Asda.

Good Catch – Plant Based Tuna –  available at Tesco. It’s not completely there but mixed into a pasta salad or with mayo in a sandwich, it’s really nice.

We also really like the Frys range of products although this is becoming harder to source.

I wasn’t a huge fan of tofu until I got a tofu press which removes the moisture, leaving you with a much tastier product. If you sprinkle it with some corn flour and spice, leave for a while, then fry or roast, you get a really meaty result.

Tofoo – my go-to tofu for stir frys and ramens. I particularly liked their smoked variety.

Dragonfly Organic Super Firm – I prefer this brand for creating scrambled tofu (crumble in a pan with a mild oil, add a pinch of turmeric for colour, some plant based butter and a splash of PB milk. For the authentic egg taste and smell add Kala Namak black salt to taste. Fry until slightly browned)

Nush – yogurt is one area of plant based foods that I think has a way to go. Alpro is ok but always tastes a bit chalky. Nush is about the best but it’s not cheap.

Marks and Spencers – Coconut Yogurt – M&S have a really good range of vegan products (Plant Kitchen). I really like their coconut yogurts, both in currys and on their own.

I have never found a plant based milk that tastes good in coffee, hence I always drink mine black. I have never liked tea with milk so again I can’t suggest anything for this. We mostly use oat milk in cakes, coconut milk in hot drinks like golden milk, and hemp milk for sauces (Good Hemp).

Naturli Vegan Block Butter – tastes as good as the real thing. I get this at Sainsburys. Mouses Favourite is really good too but twice the price. I use Vitalite Dairy Free Spread for sauces.

Oatly– this is such a cool brand. We use their cream, custard, milks and creme fraiche.

Follow Your Heart – I still prefer this over Hellmanns Vegan mayo (although the latter is very good). Ocado, Tesco and Sainsburys all carry it. They do an amazing Blue Cheese dressing too although it’s difficult to get these days – but do try it if you can find it.

Nomo – reasonably priced and their caramel bar is awesome!

Montezuma’s – Like No Udder – a really creamy, milkie vegan chocolate. I know the dark stuff is good for you but sometimes you want something sweeter!

Marks and Spencers – a bit pricey but their vegan truffles are just awesome.

Bendicks – my favourite and the only thing I have in common with the Queen. They are mostly vegan.

Wicked – Tesco’s vegan range. We tend to cook most things from scratch but the ready meals we have tried from this range have been top quality. Plus they are of course local and created by the Sarno brothers, plant pioneers extraordinaire.

Pollen and Grace – I’m a bit biased as I invested in this company but they do produce top quality ready meals and have a wonderful ethos. Available at Ocado, and Tesco.

Do also check out Jude’s Vegan Ice Cream, Vegan Magnums, Oggs cakes, Strong Roots Kale Burgers and Itsu‘s vegan range for great Bao Buns and Gyozas. I really haven’t done justice to the huge array of products that are out there. Plant based products are improving all the time, developed by some really inventive and inspired pioneers. The experimentation and exploration is part of the fun of being plant based – enjoy! 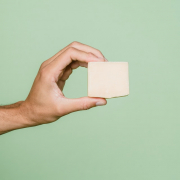 Painting Our Own Colours
Scroll to top