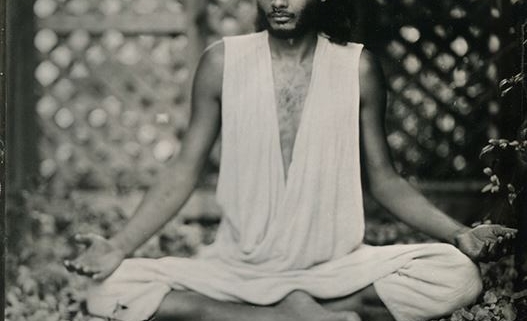 For any serious student of yoga, the name Patanjali will pop up at some point. His Sutras are studied on all yoga teacher trainings, regardless of tradition.

In this article I’m going to attempt to give you a broad overview of Patanjali’s Yoga Sutras, in particular the Eight Limbs he outlined, and, in the process, hopefully give your yoga practice a bit more depth and direction.

A “How To” Manual

The Yoga Sutras of Patanjali are widely considered to be the defining text on yoga (or at least on Raja Yoga). Written some time between 500 BCE and 400 CE, Patanjali was a scholar who examined religious and yogic practices of the time and tried to find commonality. Yoga doesn’t begin with Patanjali, it’s way older and draws from the same lineage as Buddhism, Jainism and Modern Hinduism.

Patanjali stayed away from religious language and affiliation, and in essence attempted to produce an almost scientific “how to” manual of yoga. He famously described the Eight Limbs of Yoga, to be practised in order, to attain Kaivalyam or true freedom.

The Eight Limbs of Yoga

The First Limb consists of the Yamas, moral behaviour for dealing with other people. There are 5 Yamas:

The Yamas can initially be understood intellectually but ultimately arise out of practising yoga. For example as your practice develops, you become aware of a peaceful core that is your true nature, and start to recognise this in others. And so the desire not to harm other people and things arises spontaneously.

The key with the Yamas is to maintain harmonious relationships with the World and thus nurture a tranquil inner life.

Santosa (Acceptance, Seeing Things as They Are)

Isvarapranidhana (Surrender to a force greater than you)

The Third Limb is Asana. This is probably the most widely mis-understood limbs. Asana in modern yoga describes the postures or exercises. But the root of asana means seated and for Patanjali, asana meant sitting still and not moving. Yes there are no yoga poses like cobra or downward facing dog in Patanjali’s description of yoga. Patanjali’s yoga is one of meditation, of learning to sit quietly without distraction for long periods of time.

Anyone who has tried to sit for any length of time will know how difficult it is. It makes you aware of all those internal processes going on inside the body all the time that are usually at an unconscious level. The discomfort in your lower back. The incessant chattering of the mind. The low level anger at just about everything! Yes, Easy Pose is anything but!

For Patanjali, sitting still is key. Chitta vritti nirodha – this is Patanjali’s definition of practising yoga. His yoga is learning to control or quiet (nirodha) the fluctuations (vritti) of your consciousness (chitta). It is in trying to sit still that you become really aware of the vrittis.

For example, when you sit quietly thoughts inevitably come – some pass lightly, others sit front and centre in your awareness. Indulge them and you spend twenty minutes thinking of nothing else. Try to suppress them and you’re in a mental battle. Let them come to the surface and bubble away on their own, and over time they will lose their urgency, much like a glass of sparkling water will eventually become still. When these vrittis lose their power to hold your attention, your mind can rest quietly.

Once you can sit quietly, you can move to the Fourth Limb, Pranayama, roughly translated as control of prana through breath. Patanjali describes breath practices such as controlling the timing, number and placement of the breath and breath retention. Yoga is unique in its use of the manipulation of breath to enter deeper states of consciousness.

The aim is kaivalya kumbhaka, allowing the pause after the exhale breath to extend; developing the mental and emotional state required to sit and not breathe, a state of utter calm and balance. (Yes, Buteyko breathing!).

Whilst we think of Pranayama as associated with breath work, prana however is something more – energy or lifeforce. As you get really good at pranayama you start to feel the flow of energy or prana in the body. Those of you that practice Kundalini with me will be familiar with this. As you get better and better at pranayama, you will start to be able to control the flow of energy. And this leads to the next limb.

Pratyahara, the Fifth Limb, describes the withdrawal of our senses from the external world to the internal. Through pranayama, eventually you learn to pull the energy out of the nerves of your senses and you become deaf, dumb and blind to the external world.

We can all do Pratyahara – it’s what you do when you fall asleep. The better you are at Pratyahara the better able you are to sleep through a thunderstorm or a party next door. In yoga the idea is to withdraw your senses from the external world but remain conscious and direct them internally. Focusing on a mantra is a pratyahara practice. Focusing on the heart or third eye is also an example. There are crazy stories of yogis who become so adept at withdrawing from the outside world that a gun can be fired close to them with no reaction. Remember pratyahara next time you’re practising yoga and there’s noise coming from outside!

Most modern yoga stops at limb 4 or 5. The first five limbs deal with the physical and the external. If you want to relax, improve your health or relationships, then 1 to 5 are enough. If, however, you have an interest in altered states of consciousness, the true nature of self and reality, and mysticism, then limbs 6, 7 and 8 are essential.

Limb 6 is Dharana where you bind the mind to a place such as a chakra or the nostrils using Pratyahara. Dharana requires effort and often initially imagination to hold the mind in place.

Limb 7, Dhyana, is where something arises that you’re not creating, that keeps you focused. Imagine for example that you choose to focus on your heart – in dharana, you use effort and imagination to hold there. Perhaps you visualise a flame, and you direct the breath to the flame through your will. In Dhyana, the heart begins to feel warm without any effort or imagination. Perhaps you will feel a pressure or see colours or be immersed in an emotion. Your focus is held by something not of your making.

Dharana and Dhyana constantly interplay with each other, you drop out of dhyana and have to focus your will again in Dharana to get back to Dhyana. When the object you’ve been meditating on in Dharana and Dhyana becomes the sole focus of your awareness ie there is no self-identification, no body awareness then you’ve reached limb 8, Samadhi. The highest state of mental concentration that can unite you with the highest reality, your true nature, the true nature of all things, Kaivalyam, freedom.

Patanjali doesn’t stop there. There are many verses about what to do when you reach Samadhi and how you can stay there permanently, purifying your karma and so forth. That is beyond the reach of this article.

Osho famously said that “Westerners” are too neurotic to just sit silently. They need to release first. And perhaps that’s the reason why yoga has taken more of a physical turn – with our sedentary, information heavy, busy lives, we can’t just sit down and meditate without experiencing discomfort and raging minds. Modern yoga in the sense of exercise helps us release tension and balance the body, it removes energy from our everyday consciousness, slows the breath and allows the energy of the body to harmonise. And then we can begin to attempt to sit quietly.

Understanding Patanjali is important, even if you’re just attending a gym based yoga exercise class. Whatever your entry point to yoga, it’s a path. Where you choose to travel on that path is up to you, but it is always helpful to know the direction of travel and where you could end up. 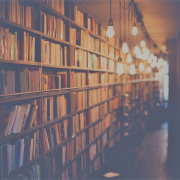 We work in person and online. For details of our current schedule, events workshops and trainings, head to our Store.
December Reading List

Because these cookies are strictly necessary to deliver the website, refuseing them will have impact how our site functions. You always can block or delete cookies by changing your browser settings and force blocking all cookies on this website. But this will always prompt you to accept/refuse cookies when revisiting our site.