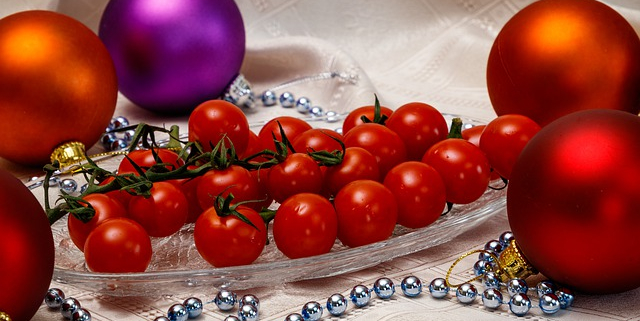 Entertaining a vegan this Christmas? Here are my top tips to help you cope and maintain plant-based yuletide calm.

1/ Don’t panic. Vegans are substantially the same as everyone else. They just eat plants. Think of plant-based animals and you’ll conclude that they are mostly less scary than their carnivorous counterparts. Vegans are the same, unless provoked, but more on that later.

2/ Don’t fuss. Most vegans I know realise that they’re a pain in the arse to cater for so don’t make them feel worse than they already do. If they’re at your home it’s because you’ve asked them to be there. Don’t make them feel guilty for doing what you wanted.

3/ Keep it simple. My mum used to go to extraordinary trouble at Xmas to produce meals for me that were Nigella standard. It was a lovely thought but very often a disaster. These were recipes she hadn’t tried before and would inevitably go spectacularly wrong. Cue mum screaming about the fact I had become vegan and all the additional work it had caused her. There’s that guilt again. Ditch the fancy stuff – despite all the crass jokes, you can’t beat a good nut roast. They are simple to make (see recipe of the month), can be prepared beforehand, or even purchased from most supermarkets. In fact with the rise in popularity of plant based products, you can pretty much buy everything you need to feed a vegan ready prepared, from mince pies to “pigs” in blankets. And don’t forget, vegans like plants ie fruit and vegetables. Simple!

4/ Don’t suggest they look unwell, pale or weak. That’s just stupid and a projection of your unconscious bias.

5/ Do not try to provoke a vegan into an argument. All vegans are likely to have done their research before making the change. Additionally they will be a member of a Facebook group or similar where they have instant access to counter arguments. Look I know it’s tempting – my dad found it really hard to deal with it when I became vegetarian at 13. Every Sunday lunch was as tense as a Nordic Noir for years. He’d argue until he was blue in the face but it changed nothing and just spoiled the meals for everyone. That said, it works the other way too, if a vegan has a go at you for your way of thinking then you are well within your rights to tell them to shut up.

6/ Butternut squash is NOT a treat for a vegan. I don’t know where this idea came from but it wasn’t from a vegan.

7/ Do not commit the mortal sin and try to suggest that they don’t get enough protein. They will have heard that a million times and you will instantly lose face. Plants are protein – think a gorilla or rhinoceros. Exactly! Equally stay away from the carnivore’s teeth argument – do you really think you could take a bite out of a cow’s arse? Vegetables have feelings too, mice in fields, energy efficiency of plant-based meats, livestock is better for the land…. stay away from these too, you will lose.

8/ Be nice. I don’t know anybody who went vegan for a nasty reason. Yes, they can be opinionated and gobby but mostly they just love animals and want the world to be a better place. This Xmas, embrace your vegan, it could be a whole lot worse.