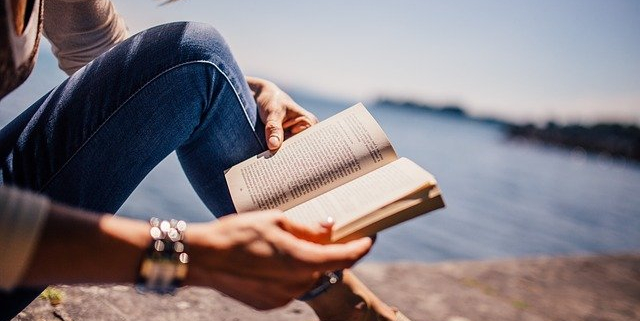 Eclectic as ever this month we cover empire, fish, habits, Nike, and economics.

Surprisingly, this is one of the best books I’ve ever read, Surprising because I have no interest in Nike and have a bias against big brands. This is the story of the early years of Nike told by its founder. It’s fast-paced, inspiring and frankly riveting – I actually woke in the middle of the night to finish it. I really don’t remember the last time a book hooked me this much – totally recommend it!

The current culture war on Woke has made me more determined to learn more. If you’re like me, you could do worse than to start here. I learned nothing of empire in school and have little understanding of how it has shaped modern Britain. This is a well-balanced account of the British Empire, warts and all. Yes it’s often uncomfortable but it also throws light on our current situation and suggests how we might collectively heal. This should be compulsory in schools but looks likely to be outlawed. Read it while you can.

Alex and I watched this in horror. And it seems we’re not alone, the reaction to this documentary on Netflix has been fierce. It documents the level of destruction to our oceans, predominantly by “big” fishing. It exposes the myth of so-called sustainable fishing and dolphin friendly tuna. Of course there is a scramble by the fishing industry to maintain cognitive dissonance, however on a conservative estimate about 80% of the facts in this aren’t in question. Well worth a watch.

We live our lives by habits – they are an important component of our survival. But if some of our habits run contra to our best interests then they need to change. Anyone who has tried to lose weight, get fit, or stop smoking will know that changing a habit isn’t so easy. This book is a gift. It looks at the science of habits and provides really clear advise for breaking them. Fundamental is the idea of making small changes to your systems, rather than relying on will-power. This is life-changing stuff.

This is a couple of years old, but well worth a read even if you’re not an economist. Our current economic models are outdated. Their emphasis on continual growth is not only flawed but is detrimental to the planet. Wealth is also becoming increasingly concentrated in the hands of the few. This book suggests seven different ways we can think about economics in light of 21st century challenges.