It’s a word that’s used a lot in yoga and meditation but what is consciousness?

We can look at consciousness in three ways.

Firstly, it is our consciousness that perceives and interprets the World around us. Mostly it points outwards like when we are aware of a sunset, the taste of an apple, or the sound of music.

We experience our awareness through attention. We become aware of an object, a task, a person, a feeling, or a thought when we place our attention upon it. This is our waking consciousness. We move our attention around and receive information and experience. Being able to control the focus of our attention is a powerful skill.

Each of our chakras has a specific consciousness – the first chakra has the hard-wired, instinctual consciousness. Then there is the consciousness that allows us to feel emotions, take action, fall in love, listen and speak, perceive and remember, and create everything.

In the realm of the Subtle Body, the Seventh Chakra in particular, the focus of our consciousness shifts to contemplating the nature of awareness itself. Who is perceiving all these things and with what? What is knowing? Who is doing, feeling, wanting, and saying?

Secondly, we have the unconscious, which sits beneath our focused awareness, silently monitoring things like feelings and temperature or hunger. All this occurs below the radar of our attention. It actually comprises a larger part of our psyche, like the part of the iceberg below the surface of the sea.

We become aware of the unconscious when its contents grow large enough to be noticed (such as with an ache, or an emotion) or when we pay attention to it, like focusing on breath or a bodily sensation. The unconscious carries an enormous amount of information and has a profound effect on our emotions, health, and reality. It is the unconscious that surfaces when we dream.

The body is the unconscious mind. It records everything that happens to us, holds it in memory storage, and operates on the patterns and programs that are stored there until consciousness comes along to change them. Integration of mind and body comes from integrating conscious and unconscious.

Most of the time our waking consciousness is making meaning out of our experience. We want to know what something means so that we know how to respond to it. As children we tried to make sense of our world. If our mother was in a bad mood, we might have made it mean that we did something wrong. If it was repeated and each time we attached the same meaning, we might have come to believe that we are flawed in some way.

The meanings we create then combine to create beliefs. Beliefs we formed as children, when we knew little about the world, may have protected us once. As adults, however, they may work against us and prevent us from living fully or creating our dreams. It may have served you to remain hidden and quiet as a child to be safe, but as an adult who wants to be seen and understood, this belief works against you.

Beliefs (samskaras) can be carried in the conscious mind eg it’s wrong to steal or kill. Or they can be carried in the unconscious such as the belief that “there’s something wrong with me” or “no one can be trusted”. These beliefs lurk below the surface of awareness, yet still shape our behaviour and reality. It will serve us well to look at which beliefs serve us and which hinder us.

Thirdly, we have transcendent consciousness or super-consciousness. This is an overarching dimension of awareness that transcends the thinking mind, the psyche, and all our beliefs. 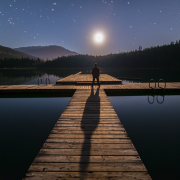 What is Spiritual Bypassing?

Working Through Your Story
Scroll to top